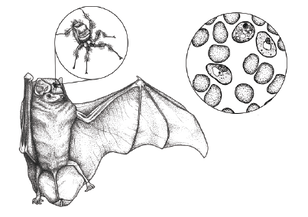 Figure by @MEMIllustration
Animal Microbiomes
​
BATS & BIRDS. This collections-based, multiomics project is examining how adaptation to flight has shaped ecoimmunological conditions of the flighted vertebrate gut and subsequent evolution of associated microbiota. Initial sampling for this work has focused primarily on bats in the East African countries of Uganda and Kenya, transecting a broad range of ecosystems and habitat types, and also includes rodents, shrews, and birds from these regions. These samples are providing baseline data for a large number of species with diverse life histories, and allowi us to test hypotheses linking the bat microbiome, parasites, and pathogens. 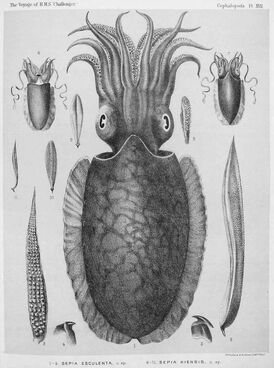 ​CEPHALOPODS. In collaboration with the Marine Biological Laboratory (Woods Hole, MA), we are exploring the diversity of bacterial symbionts associated with cephalopods maintained in culture. Using 16S rRNA sequencing and fluorescence in situ hybridization, we identified a highly simplified microbiome in the European common cuttlefish, Sepia officinalis, comprising a single dominant Vibrio amplicon sequence variant (ASV) in the gastrointestinal tract of captive animals and a single dominant ASV in the family Piscirickettsia associated with the gills. We are now expanding this survey to include additional cephalopod species at MBL, as well as wild-caught individuals from the deep sea (stay tuned for updates from our upcoming 2023 expedition aboard the Schmidt Ocean Institute's Falkor 'Too'!), and are developing type cultures in the process with the goal of expanding the experimental toolkit for this highly promising system.

Press
Ecology & Evolution of Malarial Parasites
​
​Malaria parasites affect nearly all terrestrial vertebrates, and their impact on vertebrate hosts ranges from mild to severe, in some cases leading to extinction of entire species. Advances in molecular methods have revealed an astonishing degree of diversity among malaria parasites and closely-related haemosporidia, and host switching has occurred frequently throughout their evolutionary history. Without an accurate account of parasite diversity, we may only guess at the evolutionary history underlying current relationships. My research has focused primarily in the east African tropics, but has included Neotropical parasites as well. I use phylogenetic and comparative genomic approaches to resolve evolutionary relationships between malaria parasites of birds and mammals, and to explore the factors leading to diversification, host switching, and biogeographic distrbutions in haemosporidian parasites. ​Among the many African mammals I have tested, bats have proven to be consistent hosts of haemosporidian parasites - most of which represent new genetic lineages, and possibly new species. I continue to collect samples for haemosporidian analysis as I carry out my work on bats. View more work on Kenyan bats.

LIFE HISTORY & PARASITISM. Prevalence and host-specificity of malaria parasites are highly variable across avian taxa. By comparing rates of parasitism across a broad range of bird species, we were able to assess the extent to which host life history traits and ecological factors are linked to infection by Plasmodium, Haemoproteus, or Leucocytozoon. To study the relationship between host traits and probability of haemosporidian infection, colleagues and I examined a broad range of bird species from 16 avian orders in Northern Malawi, discovering over 200 new parasite lineages in the process. This study was the first to test such associations in Afrotropical birds. This work is in collaboration with the Cornell Lab of Ornithology, Field Museum of Natural History, and University of North Dakota.

View this work in ﻿PLoS ONE﻿. 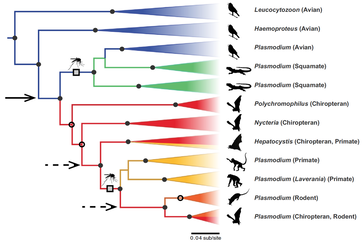 PHYLOGENETICS. To identify and describe malaria parasite diversity, I have sequenced the mitochondrial cytochrome b gene. While useful for differentiation between parasite lineages (see MalAvi database), this marker does not provide sufficient data for resolution of evolutionary relationships between malarial parasite lineages lineages of avian malarial parasites (Plasmodium, Haemoproteus, Leucocytozoon). To address this I collected additional data from nuclear and apicoplast genomes, allowing improved resolution for a diverse assemblage of malaria parasites I have identified in east African vertebrates.

View this work in Molecular Phylogenetics and Evolution. 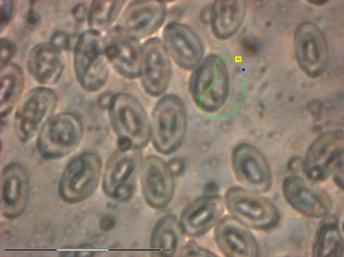 ​LASER CAPTURE & GENOMICS. Currently there are few publicly available genomes of Plasmodium parasites (see PlasmoDB), with no representation of avian Plasmodium species. My colleagues and I have used laser capture microdissection microscopy (LCMM) methods to obtain parasite isolates from birds for genomic sequencing and comparative analyses. Although this study recovered only a small fraction of genomic material, we were able to demonstrate that LCMM paired with whole genome amplification methods is a viable option for obtaining genomic material for comparative genomic analyses and the development of phylogenetic markers.
​
View this work in Parasitology Research.